Jon Taffer thinks mixologists take too long and that craft beer is coming up on a bubble. And this long-time industry veteran tends to be right. Taffer is …

Last weekend I attended Connecticut’s longest running Oktoberfest, a showcase of local breweries well established and up and coming. For 19 years, the Hamden Knights of Columbus … Café 21 in San Diego always has fresh herbs at the ready, thanks to a living wall behind its bar. The restaurant works with Vertical Garden … It sounds simple: open a cocktail bar inside your distillery, and shake and stir your house-made spirits and others to mix up inventive cocktails. But it’s …

In preparing for our Summer Drinks Feature (coming soon), we talked with Kris Rizzato, bar manager at Bankers Hill Bar + Restaurant in San Diego: What makes … Cheers has compiled a list of cocktail mixers that can add an array of flavors to your next drink. Enjoy! Bare Organic Mixers Natural, low-calorie cocktail mixes … The craft cocktail boom has many bars and restaurants looking into high-quality mixers, syrups and purees. While some might argue that craft is all about making … 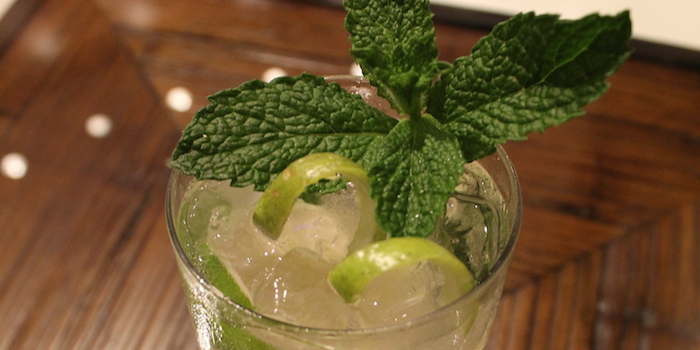 7 Tips for A Perfect Mojito

Bartenders don’t necessarily love the fuss of making them, but consumers do love their Mojitos—especially in the summer. So offering a great Mojito and being able … The Mouton Cadet Wine Bar closed its doors last Sunday after 12 days of receptions and exclusive events at the 2015 Cannes Film Festival. As an official …