The RumChata Diaries: The Making Of A Brand 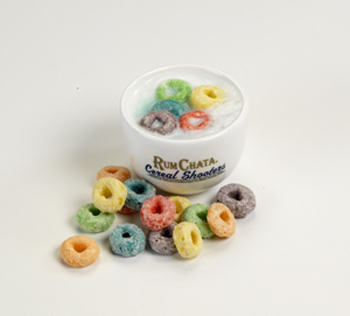 Thomas Maas, the founder/master blender of RumChata, had retired from Beam more than a decade ago after a long career in beverage alcohol brand formulation and sales management. So why did he decide to create a rum cream liqueur brand just a few years later? “Retirement sucks when all of your friends are still working,” Maas told attendees at the Nightclub & Bar Convention and Trade Show keynote in Las Vegas on March 27. “There’s no one to play with.” So he was soon looking to develop a new product on his own.

Maas had a packaging-designer friend named Pete Donato who was doing some work with a ready-to-drink horchata product. Horchata, a nonalcoholic drink typically made from rice, almonds, cinnamon and vanilla, is hugely popular in Mexico, though most of it there is made at home.

Maas saw a market opportunity. After sampling several different horchatas, Maas tweaked the flavors and came up with his own recipe. He launched a horchata brand called Casa Del Sol in 2007.

The product sold, Maas noted, but he lost money on every order. He realized he would have to control production and be able to charge premium pricing. After Donato came up with the name RumChata, they started to make a horchata with rum.

“We also tried it with vodka and whiskey, but rum was the best,” Maas said, because it brings out the unique flavors in the horchata better than the other spirits. They added dairy to the recipe to make it a premium beverage.

The launch wasn’t without its hiccups, though. Maas initially thought that RumChata would work well as an after-dinner drink in Mexican restaurants. But when he brought it to market in 2009, those restaurant operators weren’t interested because they said Mexicans traditionally don’t mix horchata with rum.

This promoted Maas to buy thousands of Cinnamon Toast Crunch cereal cups on Amazon.com. He gave them to his RumChata distributors to promote with the liqueur. The cereal-flavor shooters craze a few years ago was a boost to the brand; it even came out with RumChata-branded cereal bowl shot glasses in 2013.

Another success was the “MiniChatas” creamer cups. Launched last year, RumChata sold 300,000 in the first six months. The company is coming out with branded, 2-oz. ceramic creamers for restaurants to serve RumChata with coffee. The RumChata creamer option will enable operators to upsell guests with an after-dinner drink and essentially “turn a $5 coffee into a $10 coffee,” Maas said.

Eight years after its launch, the brand is still booming. Named one of Cheers’ top 20 beverage alcohol product launches of the past quarter century in 2015, RumChata sold 530,000 nine-liter cases in 2016.

“People don’t come into a bar and say I’m a RumChata drinker,” Maas said. “But if they see the drink or the bottle, they will buy it.”