Can Mezcal Boom In The U.S.? In terms of flavor, mezcal is to tequila as Japanese whisky is to Scotch. The concept and core are similar, but the secondary notes vary widely.

But while Japanese and Scotch whiskies are different styles of the same thing, mezcal is the broader category into which tequila belongs. The term mezcal applies to spirits distilled from agave plants native to Mexico. Tequila is a style of mezcal, produced only from blue agaves from a handful of Mexican regions. Mezcal can come from any agave plant. It’s legally producible in nine states: Oaxaca, Durango, Guanajuato, Guerrero, San Luis Potosí, Tamaulipas, Zacatecas, Michoacan and Puebla.

Hence the greater diversity of flavors.

Mezcal is believed to date back to 16th century. Spanish conquistadors experimented with distillations of local plants during their conquest of the Aztecs. Less clear is when producers began adding “worms” — usually Mexican moth larvae — into the bottles.

This is just a marketing ploy — aesthetic only. It’s arguably hurt the category in the long run. Some U.S. consumers have a negative view of the “Mexican liquor with the worm in it.” Thankfully, in the age of the internet and craft spirits, people can educate themselves that there’s nothing to fear from the worm.

Will Mezcal boom in America? There’s reason for hope thanks to the growth of premium tequila in today’s craft era.

Modern consumers have adventurous palates. Millennials especially. They’ll try a category through a traditional style and then poke around. For instance: bourbon has become a gateway for rye, Irish, Japanese and Scotch.

So too can tequila propel people towards mezcal. Mezcal has the cultural connection and history, and variety of flavors and styles, to please the modern palate. And its pronounced earthy, vegetal flavors make this spirit a natural base for craft cocktails.

I had opportunity to sample a number of mezcals that reflected the category during a recent tasting at Cosme, organized by the ProMexico NY offices, the Mexican trade and investment agency in New York. Some of these brands do not have U.S. distribution yet, or can be found only in major markets like California, Texas, New York. 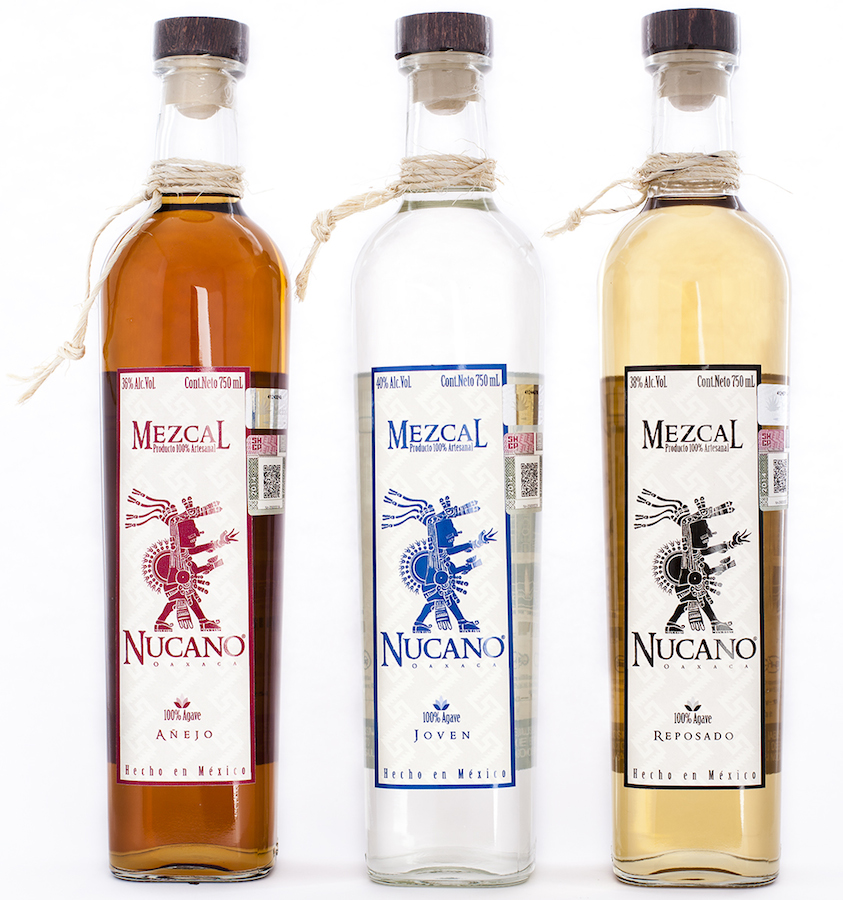 Nucano Tobala is made tobala, “king agave.” It’s is rare, smaller, lower-yield species. Tobalas are difficult to cultivate and tend to be harvested in their natural hillside habitats.

They yield complex and easy-drinking spirits, making them among the most desirable agaves. Conversely, Tobalas are among the slowest maturing agaves, sometimes taking several decades to reach the point when their piñas are ready for harvest (Nucano’s Tobalas average 12 years).

Altogether, there are broad sustainability concerns over the future of this scarce, popular plant. Hopefully producers can find ways to safely harvest these agaves, because Tobala mezcals like Nucano’s are top-tier spirits.

Both the Tobala and Cuishe are bottled unaged. Cultivating these agaves is “expensive enough as it is,” explains Felipe Morán, Mezcal Nucano Director Comercial. “And modifying their natural flavors may not result in as good of a flavor.”

The traditional line of Nucano is particularly smoky, owing to its agave-cooking method. After piñas are cut into halves or thirds, they’re roasted in a palenque, or buried conical stone oven for three-to-five days. (The feature photo atop, courtesy of Nucano, is from this step in their production.) As drinkers progress from joven to repo to anejo, you lose smoky undertones for sweeter caramel notes of barrel-aging.

“This is something else for the whiskey guy, for the premium-rum drinkers,” Morán says.

Launched in 2014, Lagrima is made in the state of Oaxaca from espadín agave. This is the dominant form of agave, accounting for the majority of mezcals. If espadín spirits taste familiar to you — perhaps like tequila — it’s because blue agaves derive from espadín plants.

Lagrima’s blue-tinted bottle features the face of María Félix, a famous actress from the Golden Age of Mexican Cinema. But don’t let this callback to the 1940s mislead you: this brand is meant for Millennials. “It’s geared towards the younger crowd, the hipsters, the trendy drinkers,” explains brand rep Marco Burbano Sauza.

For Lagrima cocktails, Sauza recommends complimentary flavors of citrus fruits, cucumbers, or wild berries. In general these are what work well in most mezcal drinks — citrus especially.

Lagrima retails for a suggested price of $32 per 750-ml. bottle. You can currently find it in New York, Texas and California.

These brands are owned by the family-run company Tradicion Chagoya. All three originate from Oaxaca, the traditional Mezcal region.

All three also make good use of barrel aging. For instance, the Donaji Extra Anejo rests in first-fill French oak casks. The result is your typical earthy mezcal, but with oaky vanillin notes recognizable to whiskey drinkers.

Fans of Los Cuerudos will notice new bottles in the near future, as the brand stops sourcing its containers from Europe. This mezcal will soon produce all its bottles locally, in line with the “local/authentic” trend now defining craft spirits.

With a name that translates to “holy hell,” and a bottle depicting angels and devils, this mezcal reflects its branding by being noticeably balanced. It’s not too hot but also not so smooth as to be G-rated. It’s a sophisticated mezcal. Citrus and herbal notes dominate the flavor.

“I think the difference between mezcal and tequila is that tequilas tend to be very industrial,” says Rebeca Pacheco Tabe, Santo Infierno brand rep. “Once U.S. drinkers better understand the cultural roots of mezcal, they will gain interest in the category.”

Or, as a Boston retailer aptly put it: “All whiskey drinkers are tequila drinkers — they just don’t know it yet.”

The same can be said for mezcal.

Kyle Swartz is managing editor of Cheers magazine. Reach him at kswartz@epgmediallc.com or on Twitter @kswartzz. Read his recent article 7 Wine Trends To Watch In 2017.