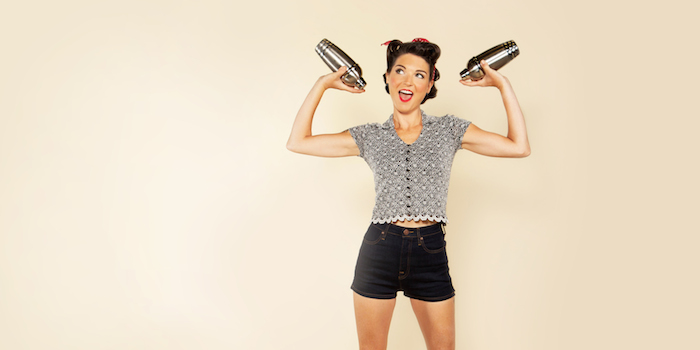 A New Orleans bartender will be the next face of a national whiskey brand.

Piehold whiskey set out earlier this year to celebrate bartenders by picking one to appear on their next flavor’s label. Bartenders in select markets around the country were invited last August to participate in vintage-style photo shoots. Nine were selected as finalists.

After thousands of adult consumers nationwide cast their vote at pieholewhiskey.com for their favorite bartender, Brooke Flaherty from New Orleans bar Cosimo’s was officially declared the winner this week.

Brooke’s photo will serve as the inspiration for the next Piehold variant label, which will be on shelves in April 2016.

Piehold is a blend of Canadian Whiskey and pie-flavored liqueur. This whiskey was launched last November and is currently available in three flavors: Apple Pie, Cherry Pie and Pecan Pie.

Rim shot glass or martini glass with sugar. Mix Piehole and Bailey’s and stir. Strain into glass. Garnish with a piece of soft caramel on a pick.